The Second International Workshop on Artificial Intelligence for Equity (AI4Eq) Against Modern Indentured Servitude was organised in association with IEEE IEEE International Symposium on Technology and Society (ISTAS21) on 27 October 2021.
It incorporated two invited speakers and four panel sessions.

The novel tools, techniques and online platforms that we are creating today are being used to foster a power asymmetry toward enslavement of vulnerable populations in a variety of business contexts. In this presentation, I discuss the various forms of modern indentured slavery by bringing together two theoretical approaches, systems of innovation on the production side, and sociotechnical systems on the application side to inspect the phenomenon. I will focus on a single case study of the taxi industry in the USA and how traditional processes have been impacted by the introduction of the online Gig economy since 2012. In doing so, I will use the framework established by Caruana et al (2021) incorporating interdisciplinary perspectives inclusive of supply chain management, human resource management, strategy, accounting, social issues in management, and marketing, couched within a historical context. I will demonstrate that humans- have been and continue to be- negatively impacted by the adoption of artificial intelligence in the taxi industry, and while some will claim the consequences were unintended, I maintain they were not only anticipated and avoidable, but calculated and cold.

By examining the relationships between direct and indirect stakeholders of the taxi industry toward a future trajectory incorporating autonomous vehicles, the long term effects of “disruptive innovation” will be questioned. The consequences of AI have meant the vulnerable have become even more vulnerable as a result of the Gig economy inclusive of: limited or no worker rights, low wages and the accumulation of major debts that cannot be repaid, supply and demand issues, corporate irresponsibility, rapid deregulation, poor public policy responses and much more. The injustices have caused many people anxiety, loss of financial stability, and a diminishment of one’s livelihood to varying degrees. Among the dire human impacts on Gig workers of whom over 90% are immigrants to the USA, are ongoing penalties related to loans, loss of housing and health insurance, illness due to long working hours to make ends meet, depression, and even suicide. In striving to understand why modern indentured servitude exists today, despite Article 4 of the Universal Declaration of Human Rights, the presentation will conclude with a design exercise on the actions that could be taken for redress and restoration with an emphasis of the changing values necessary for business and society to thrive toward a common goal, that “no one shall be held in slavery or servitude” by other humans and their utilization of machines or data itself. 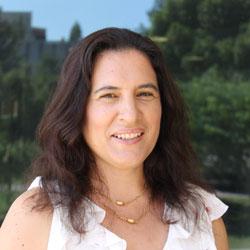 01:09:00
Recent Advances in the Assessment and Certification of AI Ethics
>