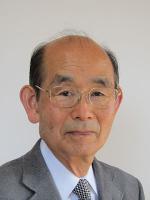 Kunihiko Fukushima received a B.Eng. degree in electronics in 1958 and a PhD degree in electrical engineering in 1966 from Kyoto University, Japan. He was a professor at Osaka University from 1989 to 1999, at the University of Electro-Communications from 1999 to 2001, at Tokyo University of Technology from 2001 to 2006; and a visiting professor at Kansai University from 2006 to 2010. Prior to his Professorship, he was a Senior Research Scientist at the NHK Science and Technology Research Laboratories. He is now a Senior Research Scientist at Fuzzy Logic Systems Institute (part-time position), and usually works at his home in Tokyo.

He is one of the pioneers in the field of neural networks and has been engaged in modeling neural networks of the brain since 1965. His special interests lie in modeling neural networks of the higher brain functions, especially the mechanism of the visual system. In 1979, he invented an artificial neural network, "Neocognitron ", which has a hierarchical multilayered architecture and acquires the ability to recognize visual patterns through learning. The extension of the neocognitron is still continuing. By the introduction of top-down connections and new learning methods, various kinds of neural networks have been developed. When two or more patterns are presented simultaneously, the "Selective Attention Model " can segment and recognize individual patterns in tern by switching its attention. Even if a pattern is partially occluded by other objects, we human beings can often recognize the occluded pattern. An extended neocognitron can now have such human-like ability and can, not only recognize occluded patterns, but also restore them by completing occluded contours. He also developed neural network models for extracting visual motion and optic flow, for extracting symmetry axis, and many others. He is recently interested in new learning rules for neural networks.