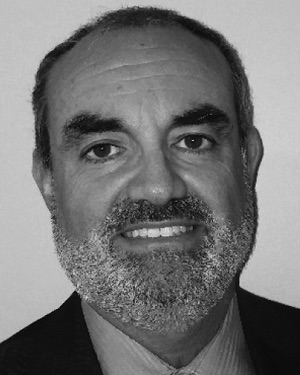 Claudio Cañizares (Fellow, IEEE) received the Electrical Engineer Degree from Escuela Politécnica Nacional (EPN), Quito, Ecuador, in 1984, and the M.Sc. and Ph.D. degrees in electrical engineering from the University of Wisconsin–Madison, Madison, WI, USA, in 1988 and 1991, respectively. From 1983 to 1993, he held different teaching and administrative positions with EPN. He is currently a Full Professor and the Hydro One Endowed Chair with the Electrical and Computer Engineering (E&CE) Department, University of Waterloo, Waterloo, ON, Canada, where he has held various academic and administrative positions since 1993. He has authored or coauthored many highly cited journal and conference articles, as well as several technical reports, book chapters, disclosures, and patents, and has been invited to make multiple keynote speeches, seminars, and presentations at numerous institutions and conferences worldwide. His current research interests include the study of stability, control, optimization, modeling, simulation, and computational issues in large as well as small grids and energy systems in the context of competitive energy markets and smart grids. In these areas, he has led or been an integral part of many grants and contracts from government agencies and private companies and has collaborated with various industry and university researchers in Canada and abroad, supervising/cosupervising a large number of research fellows and graduate students. Dr. Cañizares is a Fellow of the Royal Society of Canada, where he is currently the Director of the Applied Science and Engineering Division of the Academy of Science, and a Fellow of the Canadian Academy of Engineering. He was a recipient of the 2017 IEEE Power and Energy Society (PES) Outstanding Power Engineering Educator Award, the 2016 IEEE Canada Electric Power Medal, and various IEEE PES Technical Council and Committee awards and recognitions, holding leadership positions in several IEEE-PES Technical Committees, Working Groups, and Task Forces.

Electricity for All - Proceedings of the IEEE Webinar
76 views