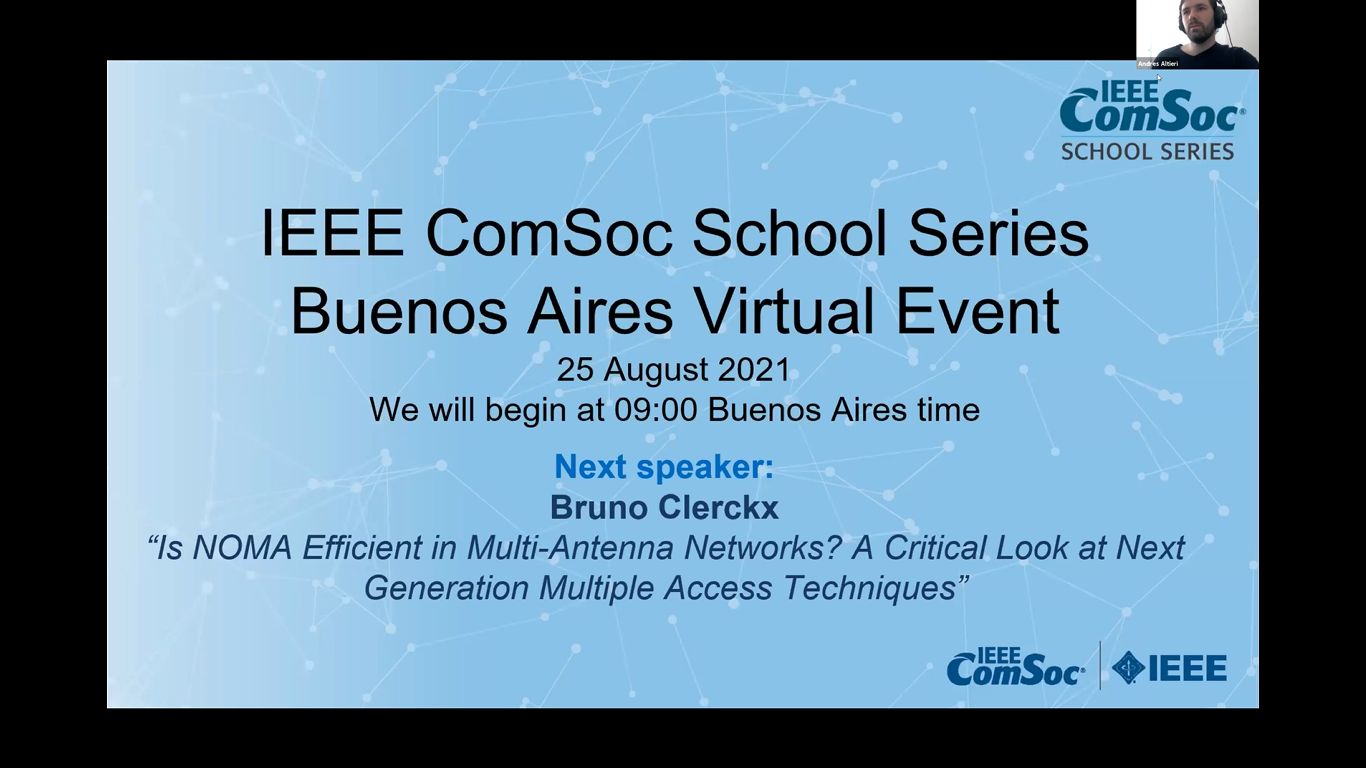 Is NOMA Efficient in Multi-Antenna Networks? A Critical Look at Next Generation Multiple Access Techniques

Is NOMA Efficient in Multi-Antenna Networks? A Critical Look at Next Generation Multiple Access Techniques

There’s a large body of literature on downlink Non-Orthogonal Multiple Access (NOMA), employing superposition coding and Successive Interference Cancellation, in multi-antenna wireless networks. The benefits of NOMA over Orthogonal Multiple Access (OMA) have been highlighted. In this talk, we take a critical and fresh look at the downlink Next Generation Multiple Access literature. Instead of contrasting NOMA with OMA, we contrast NOMA with two other multiple access baselines. The first is conventional Multi-User Linear Precoding (MU–LP), as used in Space-Division Multiple Access (SDMA) and MIMO in 4G and 5G. The second, called Rate-Splitting Multiple Access (RSMA), is based on multi-antenna Rate-Splitting. It is also a non-orthogonal transmission strategy relying on SIC developed in the past few years in parallel and independently from NOMA. First, we highlight why NOMA is inefficient in multi-antenna settings based on basic multiplexing gain analysis. Second, we show that NOMA incurs a severe multiplexing gain loss despite an increased receiver complexity due to an inefficient use of SIC receivers. Third, we emphasize that much of the merits of NOMA are due to the constant comparison to OMA instead of comparing it to MU–LP and RS baselines. We then expose the pivotal design constraint that multi-antenna NOMA requires one user to fully decode the messages of the other users. This design constraint is responsible for the multiplexing gain erosion, rate and spectral efficiency loss, ineffectiveness to serve a large number of users, and inefficient use of SIC receivers in multi-antenna settings. Our analysis and simulation results confirm that NOMA should not be applied blindly to multi-antenna settings, highlight the scenarios where MU–LP outperforms NOMA and vice versa, and demonstrate the inefficiency, performance loss, and complexity disadvantages of NOMA compared to RSMA.