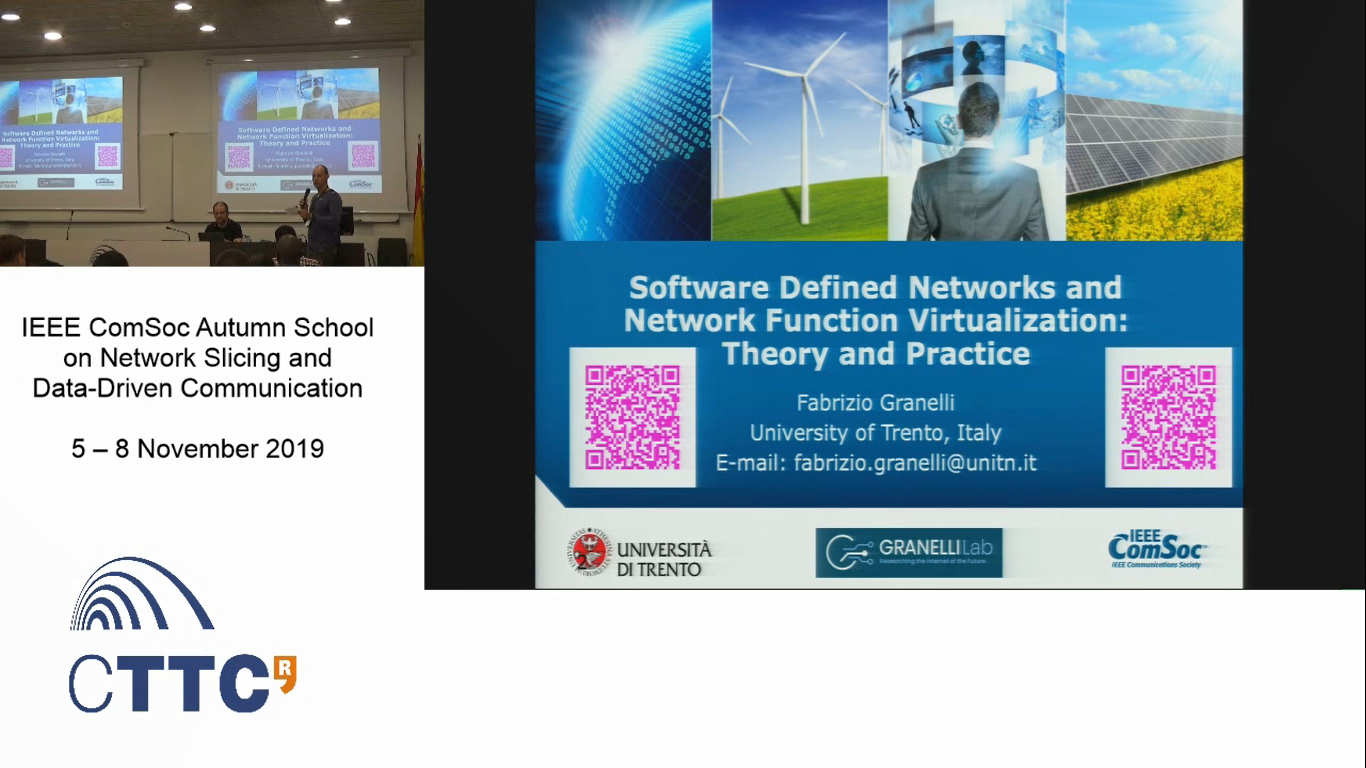 This tutorial is intended to teach the basics of Software Defined Networking and Network Function Virtualization by providing both theoretical concepts as well as
hands-on experience. By merging theory with practice, the audience will be able to understand the concepts and possibilities of these two emerging communication
paradigms. In the first part of the tutorial, Software Defined Networking will be introduced as a novel paradigm for controlling network infrastructures and then
implemented by using the OpenFlow protocol and related controllers. By using a proper Virtual Machine running mininet emulation software, the audience will be
able to implement a simple SDN network based on OpenFlow and analyze its behaviour. In the second part of the tutorial, NFV and the MANO architecture will be
introduced, and the audience will have the chance to experiment with such technology by using docker to deploy available services and also design new ones.