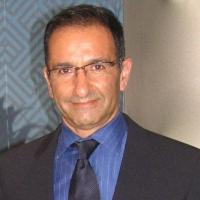 Ahmad Bahai received his MS degree from Imperial College, University of London in 1988 and Ph.D. degree from University of California at Berkeley in 1993, all in Electrical Engineering. From 1992 to 1994, member of technical staff, wireless communications division of TCSI. 1994, joined AT&T Bell Labs as Technical Manager of Wireless Communication Group in Advanced Communications Technology Labs until 1997.

Dr. Bahai was the co-founder and CTO of ALGOREX Inc. and currently is Fellow and the Chief Technologist of National Semiconductor. He is an adjunct/consulting professor at Stanford University and UC Berkeley. He is the author of more than 50 papers and reports and his book on "Multi-carrier Digital Communications" is published by Kluwer/Plenum. Dr. Bahai holds five patents in Communications and Signal Processing field and served as an editor of IEEE Communication Letters.

He left his adjunct professor position in 2012.