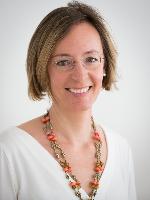 Biography
Sarah Spiekermann (Member, IEEE) received the M.S. degree in economics from the European Business School ESCP-EAP (Paris, Berlin, Oxford) in 1997 and the Ph.D. degree in business informatics from the Humboldt University Berlin, Berlin, Germany, in 2001. She chairs the Institute for Information Systems and Society at Vienna University of Economics and Business (WU), Vienna, Austria. Before being tenured in Vienna in 2009, she was an Assistant Professor at the Institute of Information Systems, Humboldt University Berlin, where she headed the Berlin Research Centre on Internet Economics, from 2003 to 2009. She was Adjunct Visiting Research Professor with the Heinz College of Public Policy and Management at Carnegie Mellon University, Pittsburgh, PA, USA, from 2006 to 2009.
Her main research interest is electronic privacy, disclosure behavior and ethical system design. She is an author of the textbook Ethical IT Innovation: A Value-based System Design Approach (London, U.K.: Taylor & Francis, 2016). Prof. Spiekermann is a co-chair of IEEE’s first standardization effort on ethical engineering (IEEE P7000). She has been published in leading IS and CS Journals including the Journal of Information Technology, the IEEE Transactions on Software Engineering, Communications of the ACM, and the European Journal of IS, where she served as Editor until 2013.