The Memory of Cars Talk by Tom Coughlin

Tom Coughlin gives his popular talk which looks at the evolution of memory and storage technologies required for the cars of tomorrow. This recording is from the IEEE Boise Section's 2017 Engineers Week banquet, held on February 23rd, 2017.

Automobiles are becoming rolling applications platforms needing computing power, networking to other cars and the cloud as well as digital memory and storage.  This talk will look at the requirements for memory as well as digital storage in automotive entertainment and navigations systems, including expectations for cars with driver assist features, security features and autonomous driving.  The evolution of memory and storage technology are key drivers for creating the deep learning capabilities required for the car of tomorrow and will create new storage hierarchies in automobiles, in edge networks and in the cloud.

About the Speaker: Tom Coughlin, President, Coughlin Associates is a widely respected digital storage analyst as well as business and technology consultant. He has over 35 years in the data storage industry with engineering and management positions at high profile companies. Dr. Coughlin has many publications and six patents to his credit. Tom is also the author of Digital Storage in Consumer Electronics: The Essential Guide, which was published by Newnes Press. Coughlin Associates provides market and technology analysis as well as Data Storage Technical and Business Consulting services. Tom publishes the Digital Storage Technology Newsletter, the Media and Entertainment Storage Report, the Emerging Non-Volatile Memory Reportand other industry reports. Tom is also a regular contributor on digital storage for Forbes.com and other blogs. Tom is active with SMPTE, SNIA, the IEEE (he is Director for IEEE Region 6 and active in the Consumer Electronics Society) and other professional organizations. Tom is the founder and organizer of the Annual Storage Visions Conference (www.storagevisions.com), a partner to the International Consumer Electronics Show, as well as the Creative Storage Conference (www.creativestorage.org). He is the general chairman of the annual Flash Memory Summit. He is a Senior member of the IEEE, Leader in the Gerson Lehrman Group Councils of Advisors and a member of the Consultants Network of Silicon Valley (CNSV). For more information on Tom Coughlin and his publications go to www.tomcoughlin.com.

Tom Coughlin gives his popular talk which looks at the evolution of memory and storage technologies required for the cars of tomorrow. This recording is from the IEEE Boise Section's 2017 Engineers Week banquet, held on February 23rd, 2017. 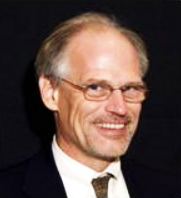