Lunar Industrialization: The First Step to the Solar System 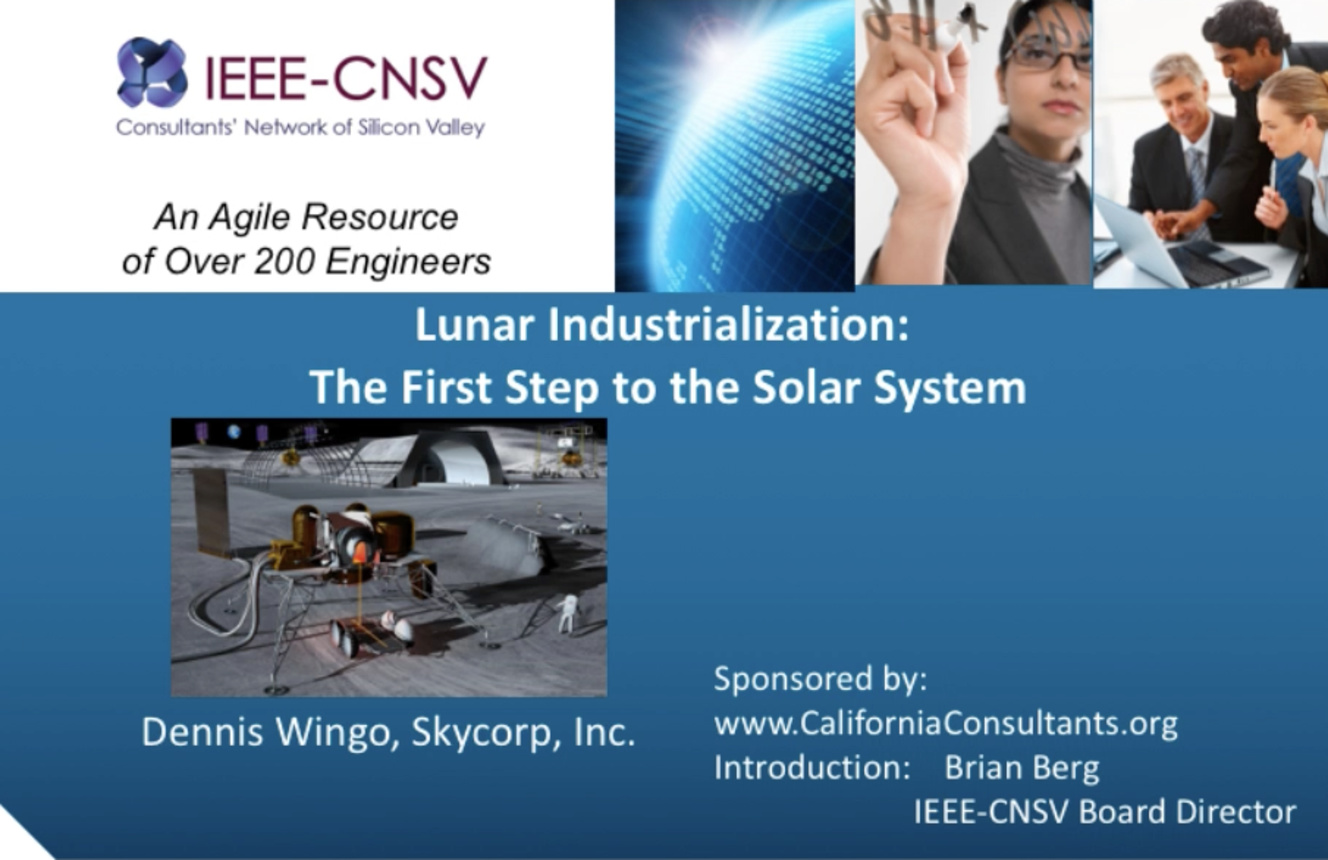 Lunar Industrialization: The First Step to the Solar System

The industrialization of the Moon will be one of the most significant events of the early 21st century since the Moon's proximity to Earth makes it the springboard to our solar system's vast resources. In addition, the Moon 1) has low gravity for ease of landing and takeoff, 2) has enormous resources in the form of metal oxides, 3) is the receptor for millions of asteroids from around the solar system, and 4) is near enough to the Earth to allow for easy transport of equipment, and remote control (teleoperation) of that equipment.

This presentation will cover the key transportation, site selection and site development elements to allow creation of an infrastructure to enable lunar industrialization. Key recent developments in IoT, autonomous operations, software and communications are essential in lowering the cost of creating these off-Earth facilities.

About the speaker:
Dennis Wingo is CEO and Founder of Skycorp Inc. and Greentrail Energy, Inc., and Co-Founder and CTO of Orbital Recovery, Inc. His key areas of expertise are solar electric propulsion, satellite and spacecraft design, advanced mission planning, and lunar surface operational scenario development. He is the inventor of patents on space logistics systems, one of which is licensed to Orbital ATK.

Dennis worked for many leading edge companies in computer, artificial intelligence and document management areas during the 1980s, including Vector Graphic, Symbolics and Alpharel. He led the development, construction and testing of microgravity payloads for sounding rockets and the Space Shuttle at the University of Alabama in Huntsville, including the first Macintosh flown on the Space Shuttle, and SEDSAT-1, the first non-NASA spacecraft built in Alabama. Dennis also led the design and development of the world's first commercial satellite servicing system at Orbital Recovery, as well as the Lunar Orbiter Image Recovery Project (LOIRP) that restored and digitized the images of NASA's Lunar Orbiter Program. He was the first person in history to rescue and operate a spacecraft (ISEE-3) in interplanetary space.

Dennis has been a Keynote Speaker at the Apple Worldwide Developers Conference, and has given Google TechTalks. He is author of the book Moonrush: Improving Life on Earth with the Moon's Resources as well as dozens of scientific articles and entries on his blog. He has also been featured on many documentaries, programs, and news articles on advanced space activities.

This presentation from a January 9, 2018 meeting of the IEEE Consultants' Network of Silicon Valley (CNSV) covers the key transportation, site selection and site development elements to allow creation of an infrastructure to enable lunar industrialization, including key recent technology developments.
Video is accessible to IEEE members only. To learn more about IEEE membership, visit: https://www.ieee.org/join