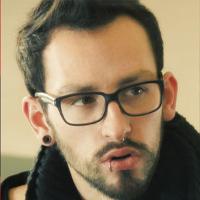 From the Engineering and Technology History Wiki:

Bernard Widrow was born in 1929 in Norwich, CT. He graduated MIT in 1951 with an engineering degree and took a research position at MIT's Lincoln Laboratory digital computer lab. He finished his Ph.D. in 1956 at MIT and was subsequently appointed to MIT's faculty. That same year he moved to Stanford, and has remained on Stanford's faculty since that time. He is the recipient of the IEEE's Centennial Medal and the Alexander Graham Bell Medal (1986). His major research interests have been in the fields of pattern recognition, adaptive filters and adaptive controls, bioengineering, adaptive beam-forming, adaptive geophysical imaging, and particularly adaptive neural networks. Widrow is the co-author of two major engineering texts, Adaptive Signal Processing (with S. D. Stearns, 1985), and Adaptive Inverse Control(with E. Walach,1994). He holds fifteen patents and is the author or co-author of over 100 articles. Widrow is a fellow of the IEEE (1976) [fellow award for "contributions to adaptive antenna systems and to the theory of quantization error"] and the AAAS (1980), and he has received the IEEE's Centennial Award, the Alexander Graham Bell Award (1984), and the Neural Networks Pioneer Medal (1991). He has served as associate editor of three IEEE Transactions: Information Sciences, Pattern Recognition, and Circuits, Systems, and Signal Processing.

The bulk of the interview concerns Widrow's explanations of his solutions to several research problems related to signal processing. There is a lengthy discussion of his Ph.D. dissertation, which developed the theory of area sampling as a solution to quantization error. He also describes in depth his work on adaptive FIR filtering, which has applications in modem technology. Finally he discusses his development of an adaptive antenna in the late 1960s.