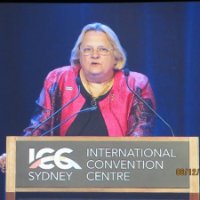 She was named one of 25 top Women In Business in 2005 in the Research Triangle of North Carolina by the Triangle Business Journal and an Impact 100 Leader by Business Leader Magazine in 2003. Ms. Randall has a BA in Mathematics and an MS in Computer Science from Binghamton University. Her specialties include: Blackberry, iPhone, Android, Windows Mobile and Palm cell phones. Project Management. Software and Hardware Development. Software/Hardware Integration.